God -- the Infinite beyond all forms and attributes – is the ultimate and only Reality, best expressed as Nirguna Brahman. God is spirit and all that emanates from spirit is spirit. Different rates of vibration are perceived as different planes of existence. Conscious awareness focuses on one plane of existence even though being in the form of pure consciousness continues on all planes. Senses designed to provide a finite awareness of a limited range of vibrations gives rise to the illusion of separateness.

Awareness of higher dimensions, of the presence of God, and of the connection of all things comes from awakening the function of intuition. When trying to comprehend the higher dimensions from the lower dimensions, we can never get it all right. A lower state of consciousness cannot completely conceptualize a higher state of consciousness. As we grow, we learn more, but the finite can never completely comprehend the infinite.

Very young souls imagine God to be the incomprehensible forces of nature. They find comfort in Polytheism. Older souls see God as the “Lord” and “Creator” of the manifest universe – Ishvara. Ishvara (Elohim, Jehovah) is often seen in the creation myths of primitive peoples who imagine God as a superhuman being.

The following is a brief synopsis of my synthesis of all of the teachings I've studied, of all of my personal experiences, and of all the experiences that others have shared with me concerning death, life after death, and rebirth. Remember that when trying to comprehend the higher dimensions from the lower dimensions, we can never get it all right. As we grow, we learn more, but the finite can never completely comprehend the infinite.

In most Wisdom Traditions and tribal or aboriginal religions, the newly deceased individual remains in the etheric plane (the higher dimensions of the dense or physical plane (the etheric double)) and the lower astral planes for a while from which they can view, communicate, and influence the physical plane.

Most people leave the etheric plane after their funeral. A few get stuck there due to various types of problems. A few people reincarnate within 10 years or so after their physical death if they died young and have some very important business or strong ties to certain loved ones.

The average person or soul remains in the various astral planes for hundreds or even thousands of years. Once they complete what they need to do there, they experience the second death and move on to the mental planes. Buddha reportedly experienced 39 planes, but most traditions stick to seven planes with seven possible subplanes in this particular universe.

Despite all this “fragmentation” we are always connected to everything in and out of the universe. We may become aware of these connections in many different ways and to many different degrees. No matter where someone is among the higher planes, they are forever attached to their loved ones or certain situations either by cords of energy (modern Western occult teachings) or “dents” (samskaras) in their being (Major Indian religions).

Most people do not change much after death. Therefore, they have many similarities to their previous lives. They do not become worms or other lower forms of life. They can only become what they carried with them. The changes between lives are miniscule. Some animal souls who have demonstrated higher qualities may move on to human form.

Spiritualism, Spiritism, Swedenborgism, and recent teachings talk about how higher intelligences on these planes guide us and help us prepare for reincarnation. These guides and teachers may continue to be with us in various forms after birth.

Not everyone reincarnates. They may be ready to move on to some higher plane in some higher form. Moving up is a gradual process like any other change on all planes.

Also, the causal self may create other persons on the physical plane that may or may not be carrying on the spiritual or karmic influences of the deceased. They may create personalities in other time frames, both the past and the future. 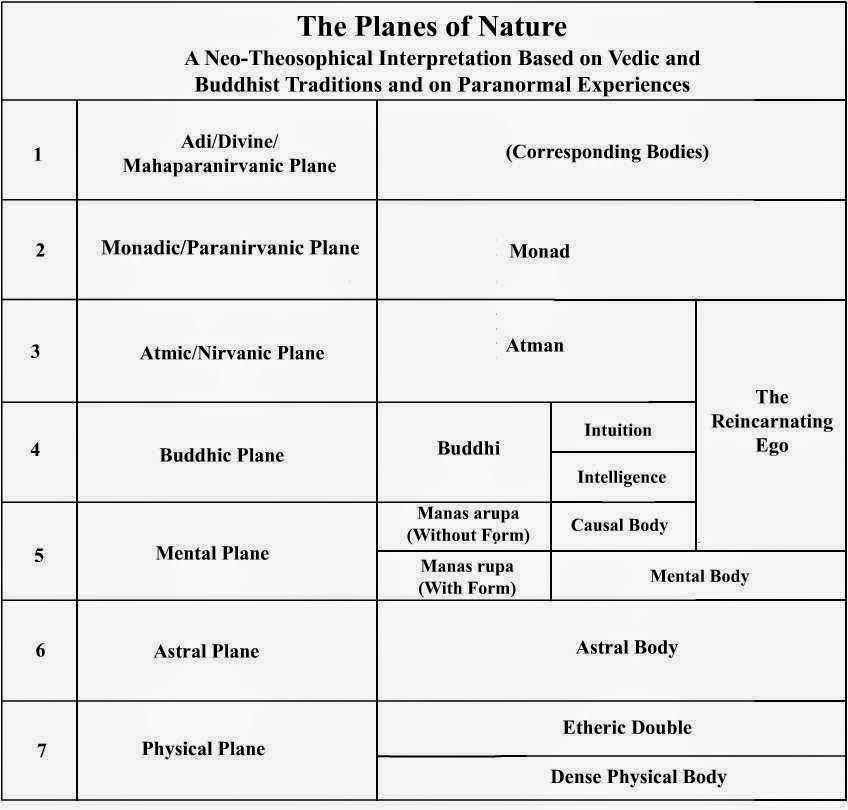 Posted by Unknown at 2:46 PM No comments:

Readings/consultations are by telephone, Skype, email, and chat as well as in person. Reports, classes, lectures, books, and ebooks are available. Astrological readings are based on your personal birth chart, calculated for your birth date as well as the exact time and location of your birth and current location.